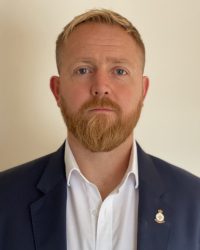 Kyle possesses extensive experience in both executive and hostile environments worldwide with a vast understanding of foreign cultures and politics. He has 10 years experience in international business, security operations, training, recruitment and management in Central and Eastern Europe, Asia, Africa and the Middle East. He Served 8 years military service with the Parachute Regiment / Special Forces Support Group, in direct support of UK Special Forces and other government agencies. He was part of several training teams world wide providing training and mentoring to foreign armies in Africa, Asia and The Middle East. 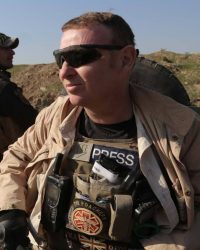 24 Years in the British Army, leaving as an Infantry Company Sergeant Major. Martin has been involved in a key planning role for Security of Visits by members or the British Royal Family, Prime Minster Gordon Brown, US Senator Barak Obama, G20, Members of the UN, NGO. Providing protection for the British Ambassador (Afghanistan, Romania), Commander British Forces along with other UK fact finding missions like London Metropolitan Police and Human rights watch in Iraq and Afghanistan.

In the Private Security Sector, I have been operational from 2009. My clientele has ranged from National and International Heads of States and Diplomats, CEO’s, Actors and Actresses, Families, Documentary Crews, News Gathering team in Hostile Environments, Oil and Gas Sector Clients in Hostile Areas, Banking and Leasing Sector and Private Military Companies. Provided training to Media staff and UK Gov FCO in Hostile environment training to operate safely. 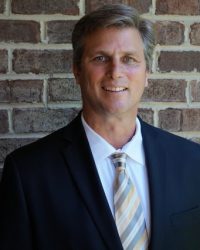 Kevin served 12 years’ in the British military, serving on operations in Sierra Leone, Iraq and Northern Ireland. During his time in Iraq, he spent large periods of time training and mentoring Iraqi soldiers, on live operations, at both platoon and company level. Upon leaving the military, he moved straight into the commercial world, where he led security teams on both United States Department of Defense (DoD) and Department of State (DoS) contracts, in hostile/uncertain environments. In the later years, he also consulted for non-governmental organisations (NGO) and has a deep understanding of the geopolitical situation in the Middle East and South-Central Asia. 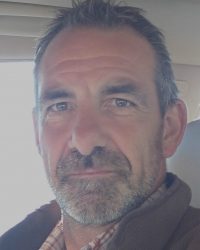 Dave is a survival and medical subject matter expert with over 30 years of experience working in the most remote wilderness and hostile areas of the world. Firstly, with UK Army Medical Services and Medical Support Unit UK Special Forces Group and second, upon retirement, with international medical life support companies including co-founding Exmed UK and then as COO Global Operational Resources Group. 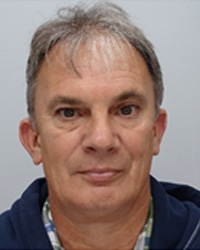 Martin B is the CEO of Security CPD Global, providing specialist Professional Development to the Security Industry and is a Security & Training development consultant, who has over 30 years’ experience within Operational Security ranging from UK Military Special Forces to protecting Civilian National Infrastructure assets, such as the Secure Stations project where he worked with the Department of Transport and British Transport Police to ensure over 500 railway stations met national standards for safety and security, whilst doing this he received commendations from Members of the UK Houses of Parliament, He was also responsible for security and protection of the Queens Train during the G8 Summit. Within his security career he has been operational at senior level on such events as the Glenn Eagles PGA Golf Championships, the Olympics, the Protection and Security of the F1 Formula E Teams at Donnington and other Racing Circuits involving high value Asset and VIP protection.

Currently he is involved with World renowned institutions providing Physical Penetration Infrastructure Testing and Covert Operations for the protection of Assets.
Within Educational development, Martin is a fully qualified IQA/EQA and well-respected instructor within the Security Industry for SIA training and within Specialist Covert Operations for the Police, Civilian and Military entities. He has written several courses for blue chip companies in TSCM, Covert CCTV Deployment, Level 4 Incident Investigation and Penetration testing. His counter Terrorism course has been used by 5 different United States Police Forces and is now being developed as a course for the UK.
Martin has successfully developed several new qualifications which are on the UK Regulated Qualifications Framework (RQF) allowing covert operators for the first time to gain a Diploma in Covert Technical Operations, QNUK Level 4 Covert Operations & Threat Management and QNUK Level 4 Physical Penetration Testing

SIIRSM – Specialist of the International Institute of Risk and Safety Management

ABI – Full Member of the Association of British Investigators

M-Syl – Member of the Security Institute

IIAI – Member of the International Institute of Accident Investigation

We use cookies on our website to give you the most relevant experience by remembering your preferences and repeat visits. By clicking “Accept All”, you consent to the use of ALL the cookies. However, you may visit "Cookie Settings" to provide a controlled consent.
Cookie SettingsAccept All
Manage consent

This website uses cookies to improve your experience while you navigate through the website. Out of these, the cookies that are categorized as necessary are stored on your browser as they are essential for the working of basic functionalities of the website. We also use third-party cookies that help us analyze and understand how you use this website. These cookies will be stored in your browser only with your consent. You also have the option to opt-out of these cookies. But opting out of some of these cookies may affect your browsing experience.
Necessary Always Enabled
Necessary cookies are absolutely essential for the website to function properly. These cookies ensure basic functionalities and security features of the website, anonymously.
Functional
Functional cookies help to perform certain functionalities like sharing the content of the website on social media platforms, collect feedbacks, and other third-party features.
Performance
Performance cookies are used to understand and analyze the key performance indexes of the website which helps in delivering a better user experience for the visitors.
Analytics
Analytical cookies are used to understand how visitors interact with the website. These cookies help provide information on metrics the number of visitors, bounce rate, traffic source, etc.
Advertisement
Advertisement cookies are used to provide visitors with relevant ads and marketing campaigns. These cookies track visitors across websites and collect information to provide customized ads.
Others
Other uncategorized cookies are those that are being analyzed and have not been classified into a category as yet.
SAVE & ACCEPT